How Much Does Antivirus Software Cost in 2022?

What is Antivirus Computer Software and How Much Does it Cost?

We have gathered the best prices for the most popular antivirus software in 2022 that you need to know about! Get protected now and learn which is best for your home or business. The internet is a fun place to explore, and the power it has to connect people has brought communities and companies to new heights. Through digital technology, people can develop connections and communicate through a variety of mediums. Yet, not all of those connections are good for everyone else.

The Cost of Virus Removal The internet has also introduced people to a new threat: cybercrime. People’s whole lives are on the internet and with so much information stored online hackers are developing malware, like viruses, to steal it. And when that happens, it’s not just your PC that may be lost. It can be your identity, your money, or even your safety.

That means no antivirus cost is ever too high — you can’t put a price on safety. Yet, you also need to ensure you go with the right program to get the protection you need.

The Price to Defend Your PC, Bit By Bit

The internet is filled with free antivirus resources, making it hard to decide which is right for you. Most of the time, the answer is clear: BitDefender. The program constantly rises to the top of antivirus reviews and has been verified by independent security companies.

Those security companies also gave it awards, illustrating the confidence many industry professionals have when using it. Beyond providing protection, BitDefender also comes loaded with a suite of security tools to keep you safe online. For example, it includes a password manager, so you can create complex passwords and keep track of them too!

On top of that, BitDefender also features sophisticated protection systems. It operates on many levels throughout your system to protect against ransomware attacks. It also identifies threats on your network and works to keep them at bay.

Unfortunately, having so many security systems isn’t cheap — at least in terms of your resources. BitDefender has a reputation for demanding a lot out of your system to protect the rest of it. It’s a perfect solution if your PC is loaded with the latest and greatest specs, but average users may have a hard time using it.

Back To Basics With Norton Antivirus Norton Antivirus is the name brand people think of when they need antivirus software. The company has been around since 2006, and in that time it’s identified and eradicated many emerging threats. Its antivirus software is mostly known as remarkably average in almost all regards, which can be great for most people.

The company may not offer research-level protection but can identify the malware most average users run into. Most people aren’t exploring the dark web or are handling new pieces of malware. And Norton understands that.

So the company crafted its product to only consume a moderate amount of resources. Norton protects you from most average kinds of malware and does so at an average cost. Most internet users don’t need much more than that.

Brands Aren’t Built Out Of Nothing

When Norton first began in 1991, it didn’t include antivirus features. Then, when the program was released with a GUI in 2006, the company began exploring security. Soon, they were developing protection systems against then-sophisticated attacks like homepage hijacking.

The brand helped build a consumer-level industry of antivirus platforms. It’s why Norton is so well known, if not the best. ESET NOD32 is a relatively obscure antivirus platform, featuring an apt mascot: a robot. The program has won several awards for protecting against almost all kinds of malware. The overarching philosophy behind the program is that it will protect you from bad code, and do whatever it needs to. And it’ll come at a low cost too.

The program operates at multiple levels on your PC. If a virus attacks your BIOS, the program can stop it from the OS. And it’ll be able to identify malicious codes on your network before they ever reach your PC. And with its GUI, you can see it all play out as it informs you about the files its scanning, and threats its finding.

It protects you from malicious code, and it does it exceptionally well. However, ESET NOD32 won’t protect you from bad people.

The approach the program takes doesn’t take into account attacks like phishing attempts or basic social engineering. It won’t alert you if it suspects you’ve wandered onto a shady website, or if someone may not be who they claim to be. For that, you need to hone your own instincts and protect yourself.

If you’re a tech savant, you probably already know how to identify when something seems wrong with a website or when someone may be trying to fool you. That makes ESET NOD32 a great choice for people familiar with technology. Yet, for the average person, there may be better options.

Malwarebytes Will Keep Malware At Bay 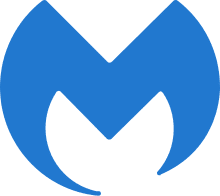 Malwarebytes began as a valuable tool to remove malware for an already infected system. People would use it to regain control of their PC after being infected with something. Best of all, that tool is still free. Yet, it’s antivirus features aren’t.

However, the company recently branched out into preventing malware too. The tool is still known for being the go-to choice for fixing infected PCs. But now, you can also prevent them from getting viruses in the first place.

Removing Viruses Is Different From Avoiding Them

Unfortunately, since Malwarebytes began as a tool to remove malware, the company was ill-equipped to protect against them in the first place. The new program eats up resources as if it were constantly removing malicious code. It also lacks the backing of a research lab like most other platforms have.

If you’re at risk of getting infected, you should download Malwarebytes. Otherwise, you may want to consider other options.

The Best Antivirus Is The One That Protects You

Everyone has different needs when it comes to protecting their PCs. Some people are actively targeted by hackers and need robust protection from malware. Others are passive users more worried about their antivirus cost, or how much it interferes with their average experiences.

Knowing which one to choose from is difficult, whether you’re purchasing antivirus for your business or for personal use. If you’re a business though, it’s easy to get help. Just contact the people here, and they’ll give you all the advice you could need to make a decision!